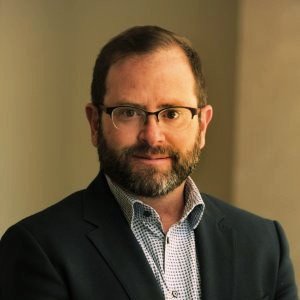 Tim Martinez has enjoyed a life of travel and adventure. He’s played rugby in the South Pacific, traveled across Indonesia and Guam, worked in Mexico City and hitchhiked through parts of Central America.

Despite his extensive travel history, Martinez remains true to his roots in Colorado. He currently serves as the Global Business Development Manager with the Denver Economic Development & Opportunity office. It’s his job to attract international companies to Denver and help Denver-based business find markets overseas.

Along the way, Martinez has raised three boys, married a sweetheart from Kansas, and found time to serve as chair of the Community & Supporting Partners Committee with Colorado Companies to Watch.

Martinez will step down from the CCTW post in May.

“My career has been like water,” Martinez said. “I flow where things go naturally, fortunately I have also managed to flow uphill.”

Martinez’s career path began after he graduated from Colorado State University and joined two fellow rugby players as they played with teams across New Zealand and Australia. After getting a taste of the world, he returned to Colorado during a recession and struggled to find work. A chance trip, with a Mexican visitor, to the National Western Stock Show led to a job offer in Mexico City.

The move sounded better than his retail job, so Martinez headed south to do computer coding in Mexico. He followed that up by teaching English to bank executives in downtown Mexico City. Travels across Mexico and Central America followed until the Colorado lifestyle pulled him back.

By the mid 1990’s, Martinez was in Denver where he became the executive director of the U.S.-Mexico Chamber of Commerce.

After earning an advanced degree from the University of Denver and working as a district manager in the finance industry, he landed a position with Mayor John Hickenlooper’s administration leading efforts in international trade with offices in London and Shanghai.

“That’s when I began to realize that it was important for the city to focus more on smaller fast-growth companies that are based in Denver, as opposed to recruiting from outside,” he said.

A desire to build up existing companies in Denver led to his work with Colorado Companies to Watch.

“I have enjoyed being on the board with Colorado Companies to Watch,” he said. “I especially appreciate getting to know the nominees and winners.”

It’s been a great ride, but Martinez said it is time for “new blood” to enter the arena.

With his CCTW work almost done, Martinez will focus the majority of his time pushing Denver as the ideal city in the US for new job creation.

Martinez has travelled with Mayor Hancock to Mexico City, Bogota, and Paris. “I work to add jobs to the local economy,” he said. “I want Denver companies to grow internationally and I want global companies to expand into the U.S. via Denver. It is Denver’s time to shine on the global stage.”