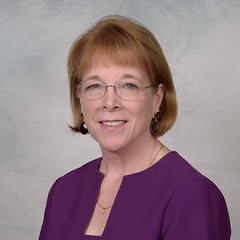 Julia Hill-Nichols began her multi-tiered volunteerism work for Colorado Companies to Watch in the fall of 2010 after she was tapped to help out following another volunteer’s sudden exit.

“I thought I was just going to do a short-term marketing project and be done within a couple of months,” Hill-Nichols laughed. “But little did I know where it would all take me.”

Seven years later, now CCTW Board Secretary Hill-Nichols has touched major components of Colorado Companies to Watch from its early identity onward – and all of it was pro bono.

“I’ve done a lot of large corporate work in my own career, but I’ve also done a fair amount of work with 2nd Stage companies, and it is hard. It takes everything you’ve got. And a lot of those companies fall into the chasm; they don’t make it,” she said. “So, my feeling was: Anything I can do to support 2nd Stage companies in succeeding, I was in.”

That dedication to helping fledgling companies get over the proverbial 2nd Stage hump is what kept her volunteering beyond those first two months.

Hill-Nichols began her influence with Companies to Watch by creating vital databases and contact lists that are still used in program management today. She got deeper into the structure of CCTW by creating a network of community partners.

That network lead to the development of the individual community celebrations for CCTW gala winners – as well as subsequent guidelines for those very diverse celebrations.

“One of the things we realized early is that the celebrations were all done in different ways,” she said. “We decided to prescribe a structure that would give recommendations on how to run the celebration. Then, I took the lead on managing the calendar, and I worked with everyone to get the celebrations scheduled and made sure we were there to support them.”

Hill-Nichols also developed the brand-new Summit Award, which debuted at the CCTW 2017 Gala as a way to further recognize businesses with a sustaining devotion to community service. She is also credited with rewriting the entire Colorado Companies to Watch bylines shortly after it was incorporated as a nonprofit. That endeavor was wrapped up earlier this year.

She juggled all this – and much more – for Companies to Watch all while running her own business, LeadersCove (a business operations management firm), which she started in 2009.

“In the beginning, it was a strange time to do what we were doing,” Hill-Nichols said. “Actually, because of the economy, our timing couldn’t have been worse.”

But she said she never even considered pulling back.

“We could have quit. We could have said, ‘This was fun, we did it for a while, let’s call it a day.’ It would have been easy. But we didn’t. We didn’t because at the end of the day, the people, the volunteers and the board members of CCTW all truly believe in Colorado, and they believe in what we can accomplish here.”

This week, Hill-Nichols announced that she will be resigning from the Colorado Companies to Watch Board of Directors in order to focus her energies on her family and other community projects that she’s involved in.

While recalling high-points of her tenure with Colorado Companies to Watch, Hill-Nichols singled out the annual Finalist’s Reception at the Governor’s Mansion.

“It’s a smaller venue, so you get to talk to the finalists and spend time with them directly,” she said. “I can’t tell you how many CEOs are nearly to point of tears from all of the recognition. Whether they become a winner or not, they’re so proud of what their teams have done. And to be a part of that, and to help bring that out is such a gift.”