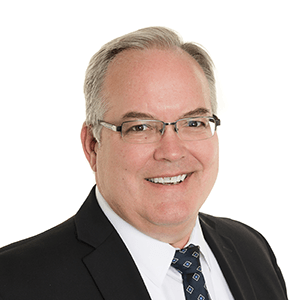 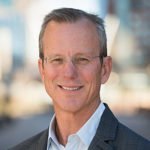 Advisor to the Board
Idella Wines 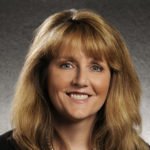 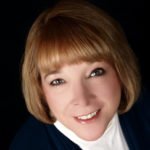 Sam Bailey, Vice President of Economic Development, Metro Denver EDC
Sam Bailey serves as President and Chief Executive Officer of Jefferson County Economic Development Corporation. In this role, Sam manages the organization’s strategy and implementation, community partnerships, operations, investor relations and more. Sam recently joined from the Governor’s Office of Economic Development and International Trade (OEDIT) where he oversaw domestic and international business recruitment, retention, and expansion. During his five and a half years at OEDIT, Sam handled 79 business recruitment and expansion deals for companies that are on track to create over 17,700 net new full-time jobs in Colorado. Sam’s work included working with companies such as; Agilent Technologies, Charter Communications, Comcast, CoorsTek, Gusto, HomeAdvisor, Partners Group, ReadyTalk, Webroot, and many more. From 2011 to 2015, he also directed the Colorado Companies to Watch program, a community-driven, privately funded awards program that highlights fifty high-growth small businesses each year. As a graduate and coach of the Denver Leadership Foundation’s Impact Denver program, Sam has been recognized by ColoradoBiz Magazine as one of Colorado’s Top 25 Most Influential Young Professionals and has received the Public Service Recognition Award from the State of Colorado. He graduated from Regis University in 2011 and is a native of Chicago, Illinois.
Brian Burney, President & CEO, Oliver Manufacturing
Brian Burney, a third generation family member, currently serves the company as the Chief Executive Officer and the President of the Board of Directors. He has learned everything about the company by working his way up through every area of the business. Participation and interaction with industry professionals, combined with collegiate development courses, allowed Brian to understand how to lead a world class manufacturer in today’s global economy.
David Kendall, Founder & CEO, Bold Legal
David’s practice focuses on corporate and business transactions and general corporate and business law. David has extensive experience in mergers and acquisitions, securities and credit finance and has worked with clients ranging from early-stage start-ups to multi-national Fortune 100 companies. He has worked on public and private merger and acquisition transactions and represents both buyers and sellers on a regular basis. He represents borrowers, financial institutions and other lenders in connection with a wide array of credit finance transactions, including syndicated credit facilities, asset-based credit facilities, venture credit deals and convertible debt financings. David has assisted issuers, underwriters and investors in the issuance, sale or purchase of securities in public and private transactions, including venture capital financings.

David graduated from Duke Law School in 1994 and received a Bachelor of Science in Business Administration and a Bachelor of Arts from the University of Richmond in 1991. David is boldly committed to racing bikes on the road and in the mud, coaching the full-court press, applauding musical theater, singing harmony, knowing interesting people, visiting new places and having memorable experiences.

Kari Linker, Director of Development, Morgan Community College
Kari Linker is the Director of Development for Morgan Community College (MCC) as well as the Director of the MCC Foundation. Her background has been in the economic development sector for 13 years where she has served as the Executive Director of Morgan County Economic Development Corporation 10 of those years and 3 years with the Colorado Office of Economic Development & International Trade where she served as the Director of Regional Development. Kari was also the champion of the Colorado Blueprint, the State of Colorado’s economic development strategy, where she shared and implemented this strategy state wide. Her passion is rural community and economic development. She serves on many boards and is involved in organizations that support this passion and her role in rural development. Kari was born and raised in Brush, Colorado on her family’s farm. She continues to reside in Brush where she raises her children while striving to build a better Colorado.
Mike O’Donnell, Executive Director, Colorado Lending Source
The name Mike O’Donnell is nearly synonymous with Colorado Lending Source, but don’t tell him I said this as he will certainly disagree. As the Executive Director of Colorado Lending Source Mike has lead the organization from a three person staff to a 40 plus person team providing over 250 small business loans annually. Prior to entering the world of SBA lending in the mid 90’s, Mike was the SBDC/SBI director at the University of Kansas, had his own small business consulting firm, and helped create the KU international trade business resource center. A native of Australia, Mike holds an MBA from the Australian Graduate School of Management and a Bachelor of Commerce degree from the University of Melbourne. Mike is our resident expert on all things small business. He stays up to the minute on what’s available to small businesses seeking financing, even if we aren’t offering it. He is THE person to call when you have questions about financing the growth of your small business!
Heather Potters, Chief Business Development Officer, Pharmajet
Heather Callender-Potters is Co-Founder, Vice-Chairman and Chief Business Development Officer of PharmaJet, a needle-free injection technology focused on immunizations, which was funded in part by an RVC consortium last May. Heather has 24 years of Private Equity fund management and international investment experience across multiple jurisdictions. She’s managed individual investments and financial investor consortiums, in early stage and growth companies, ranging from $1 million to an excess of $100 million. She has also held board positions with several companies across a variety of industries ranging from auto-parts, to systems integration, publishing and light-manufacturing, to medical technologies. She is member of the board of the Center for Human Rights Leadership, and Impact Charitable, which are entities associated with making an impact in local and global issues through support of student internships and philanthropic investment. She is also interested in brain health, and sits on the board of and is an investor in Cerescan, a unique brain imaging and diagnosis technology company; and is an investor in Curemark, a company which has a unique treatment for autism that is being fast-tracked by the FDA in a phase III trial. Heather has a Bachelor of Arts degree in International Management from Claremont McKenna College and an MBA from Wharton, the University of Pennsylvania.
Sumer Sorenson-Bain, Manufacturer’s Edge
Sumer Sorensen-Bain is Chief of Programs and Operations of Manufacturer’s Edge, the Colorado Federal Manufacturing Extension Partner of the Department of Commerce. She has been with the MEP system for over 16 years in various roles helping Colorado manufacturers thrive. During her tenure at Manufacturer’s Edge, she has consistently progressed through the organization in a number of roles, most recently as Director of Business Development. She was promoted to her current role in November 2013. Previously Sumer worked as the Operations Manager at a medical device manufacturing company where she managed all operations associates across three shifts and an array of functions, and led a complete facility re-design.

Sumer participates in advisory groups to local manufacturing task forces, economic development councils, community colleges, workforce centers, sector strategies, and is currently setting on the CO Active Association board of directors. Sumer is intimately familiar with the MEP system, and participates in a number of national sub-committees, and is a recent graduate of the MEP Emerging Leaders program.

Sumer has a bachelor’s degree in business administration with emphasis in information systems from Colorado Mesa University.

Richard Werner, Upstate Colorado
Rich has 11 years of experience in all facets of economic development having most recently worked as Vice President of Pueblo Economic Development Corporation, where he was responsible for all attraction, retention, and expansion activities. Rich has previously served as the Associate Director for the State of Colorado Small Business Development Centers for Former Governors Bill Owens and Bill Ritter. Prior to his appointment by the state, he acted as the Director of Marketing for the Boulder Technology Incubator (CTEK). A New York native, he has Bachelor of Arts degrees in Political Science and Communications from The American University in Washington DC. Rich enjoys spending time with his bride of ten years and three young children.
Richard Wobbekind, University of Colorado Boulder
Richard L. Wobbekind is Executive Director of the Business Research Division and Senior Associate Dean for Academic Programs at the University of Colorado Boulder. He joined the faculty at the Leeds School of Business in 1985, and has served as Associate Dean since 2000.

Rich is currently the president of the National Association for Business Economics. He also participates annually in the Kansas City Federal Reserve Bank Regional Economic Roundtable and is a contributor to the Western Blue Chip Economic Forecast newsletter. He is a member of the Governor’s Revenue Estimating Advisory Committee, the Denver Regional Council of Governments’ Forecast 2035 Advisory Committee, the Colorado Tourism Office Education and Research Committee, the Boulder Urban Renewal Authority and the Boulder Economic Council. For his efforts in community development and outreach, Wobbekind was awarded the 1997 University of Colorado Bank One Community Outreach Award. In 2006 he was awarded the Robert L. Stearns award for lifetime contributions in teaching, research and service.

Wobbekind teaches MBA students in macroeconomics, public policy, entrepreneurship and managerial economics. He has received three awards for teaching excellence from the students of the Leeds School.Wobbekind has lived in Colorado for more than 34 years and has spent much of his time studying the development of the Colorado and regional economies. He received a BA in economics from Bucknell University and an MA and Ph.D. in Economics from the University of Colorado at Boulder.

Prior to joining Hein in 1989, Alison was a Tax Supervisor for Laventhol & Horwath in its Denver office. She is currently a member of the Colorado Technology (CTA), American Institute of Certified Public Accountants (AICPA), past Chair and Vice Chair of the Colorado Society of Certified Public Accountants (CSCPA) State Taxation Committee. She currently serves as the Treasurer for the Association for Corporate Growth in Denver and serves on the Executive Committee and as the Treasurer for Colorado Companies to Watch. Alison previously served as the Finance Committee Chair, Executive Committee Member and Board of Trustees Member of the YMCA. She obtained both her bachelor of science in accounting and her master’s in professional accountancy from the University of Utah.